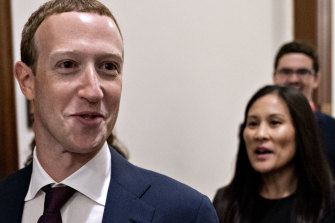 The world’s three richest people amassed a total of $US231 billion ($334 billion) over the past decade, according to data compiled by Bloomberg. Facebook chief executive Mark Zuckerberg – the fifth-richest person in the world – had the highest boost last year, with a net gain of about $US6 billion. Amazon CEO Jeff Bezos still claims the top spot with a net worth of $US116 billion.

The total wealth of the top 20 billionaires has doubled from $US672 billion to $US1397 billion since 2012, according to Bloomberg Wealth.

An individual who saved $10,000 a day since the construction of Egypt’s pyramids would still only have a fifth of the average fortune of the world’s top five, Oxfam said.

Oxfam’s critics have dismissed the headline inequality statistics as misleading and suggest that they drastically overstate the scale of the problem. The organisation has repeatedly defended its analysis and challenged such accusations.

The charity’s annual statistics rely on Credit Suisse’s Global Wealth report, which Oxfam itself said suffers from poor quality of data and may even underestimate the scale of wealth disparities.

Citing World Bank research, Oxfam said reducing inequality has a bigger effect on lowering extreme poverty than economic growth. That analysis “shows that if countries reduced income inequality by 1 per cent each year, 100 million fewer people would be living in extreme poverty by 2030,” it said.

Figures from the Washington-based lender show extreme poverty has declined drastically in the past two decades. They show the number of people living on less than $US1.90 a day declined by 1.1 billion from 1990.

The World Bank warns however that poverty reduction has slowed or even reversed in some countries. In 2015, 736 million people still lived in extreme poverty, more than half of whom are in Sub-Saharan Africa.